Where to find me: 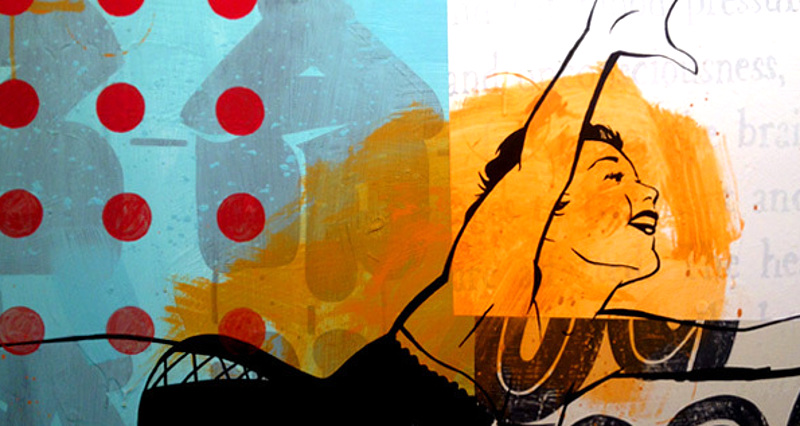 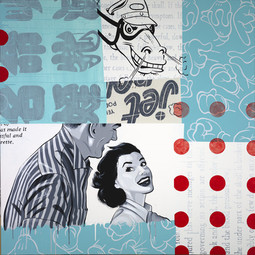 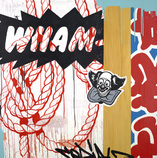 One of the most outstanding and — to some critics — infuriating features of art in the post-modern era is the appropriation of already existing images. To many it seems like cheating, somehow.

Some artists reject the notion of creating new images, why should we when we already live in a world of cluttered images.  Images bombard us from every direction, from magazines, television, advertising and cyberspace. I choose to take already existing images and turn then back on themselves, using them for purposes for which they were not intended.

When you see an image reused by an artist this way, you may never feel quite the same about it. Andy Warhol, Jean-Michael Basquiat and David Salle are painters whose names come to mind when I think of reusing images, combining them and juxtaposing them in order to tell a different story than they originally told.

I use remembered images from rainy day hours as a child in the 70's sketching from old magazines at my grandfather’s summer farm in eastern Kentucky — Popular Mechanics, Woman's Day — whatever had been kept and stored away. Images from my travels abroad. The paintings and monoprints I produce tell stories of men and women and how they view themselves and each other. They are images of sex and power, or the lack of sex and power, manipulation and frustration. I use multiple images as well as multiple painting styles in each work, layering image on top of image. Bringing forth disturbing messages from within our culture — and our hearts.